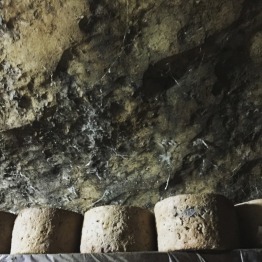 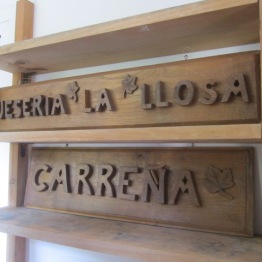 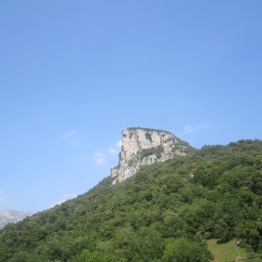 I read an article by Will Self in Esquire magazine a few years ago, which was basically a love letter to Cabrales. He rapsodised about his first taste of the pungent blue cheese, at a friend’s house in Whitstable in Kent, and described how this passion eventually led to a pilgrimage – or ‘cheeserimage’ as he called it – to where it is made in the Picos de Europa mountains in Asturias in northern Spain.

Like a lot of people, I love Will Self’s books but not everyone does. His writing is a bit love-it-or-hate-it, a bit Marmitey. Funnily enough, the same goes for Cabrales. Just say the word and people either go into paroxyms of ecstasy or screw their faces up while vehemently uttering variations of the word ‘yuck’.  Now I come to think of it, I suspect there is a strong correlation between people who like Will Self’s writing and those who like Cabrales – and vice versa.

I am in the former camp and was therefore rather thrilled to find myself in Asturias, on the way to visit a Cabrales dairy. This cheesiest of cheeses gets its name from the area where it is made in the east of the Asturias region. Separated from the Bay of Biscay by the Sierra de Cuera mountain range, Cabrales comprises 18 villages, scattered across lush green hillsides and valleys where cattle, sheep and goats graze and through which the Casaño, Duje and Cares rivers flow. More than half of the area is in the Picos de Europa national park.  These mountains are the largest limestone formation in Europe and the karstic geological features mean that the area is full of caves and tunnels. A cheesemaker’s dream location, what with one thing and another. 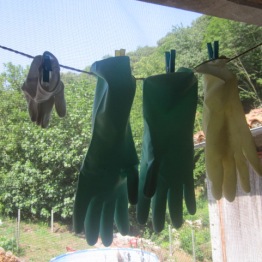 La Llosa is a tiny dairy in the village of Carreña, just off the main road that leads through the valleys between the mountains. Manolo Alonso, whose family have been making cheese for generations, talked me through the very simple production process.

“Cabrales cheese is made from cow’s milk, to which goat’s and ewe’s milk can be added, but it all has to come from herds here in the Cabrales area of the Picos de Europa, otherwise it can’t have the Protected Designation of Origin label,” he said.

“We used to have our own cows but now I buy around 1,000 to 1,300 litres of milk on Saturdays and I add whatever I have from our goats. It is poured into this steel tank and heated to 26 degrees Celsius. We add the rennet, leave it for a couple of hours, then stir it so that the whey comes to the surface and is filtered out of the tank, leaving the curd.  When it has dried out a bit, we crumble it into pieces and put it into round moulds. We don’t press it down as we want there to be holes in it where the penicillium can form.”

We walked through to a room where there were rows of cheeses on shelves. “We turn it over and add salt on one side. Then the following day, we turn it over again and put salt on the other side. The next stage is to move them to the cool, drying room,” Manolo explained, “and after a couple of weeks we take them to the cave.”

We left the dairy and walked for a few minutes until we came to a silvery-blue doorway set into the rock on the hillside. Walking into a dank, dark labyrinth of tunnels, lined with wooden shelves stacked with cheeses, I felt the dampness creeping over my skin and shivered.

“The cave belongs to the concejo, the administrative authority for the area. We originally had one shelf, which was my mother’s, then as we produced more cheeses, we just asked relatives and neighbours if they had any spare space we could use,” said Manolo.

“Where they are placed has a lot of influence. The cheeses on the lower shelves get the humidity much more quickly.”  He pointed out which ones were more mature, or milder, drier or more moist. “They have to be here in the cave for at least two months before being sold, but some have been here for a lot longer.” He picked one up from the bottom shelf and checked the date. “This one has been here since March 24th.”

Cabrales can be crumbly or creamy with with grey or greenish streaks as well as blue – often it is more streaks than cheese. The flavour varies too, but is always shockingly sharp with a strong, piquant aftertaste. The cheese is always round, measuring from seven to 15 centimetres.

You can just eat it as it is – with a few glasses of Asturian cider or a good Rioja – but if you find that a bit too full-on, it is lovely mixed into a paste with cream cheese to have on bread, or as a sauce slathered over fried potato chunks or a steak. Will you love it or hate it? You’ll just have to taste it, preferably in a village bar in Cabrales.

For more information, have a look at Asturias Tourism,  the Spanish tourist office and Tasting Asturias

Soap not cheese. Wonder how many times he had to clarify that before getting pissed off enough to make the sign 😂
You could do a fab tapas crawl in Seville following these top tips from @jose_pizarro in @obsfood today.
Friday afternoon at the beach hut with mum
Watching the tide come in
Gower coast path winding to infinity
Beautiful grey day
Loading Comments...
%d bloggers like this: