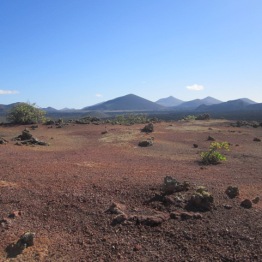 Lanzarote has just been given Biosphere Responsible Tourism certification, which is awarded  by the Global Sustainable Tourism Council and the World Tourism Organization.

This is in recognition of the efforts of the Lanzarote government and tourist board since the World Conference on Sustainable Tourism was held on the island 20 years ago, which led to the founding of the Instituto de Turismo Responsable. Lanzarote took part in a pilot scheme aimed at establishing the world criteria for sustainable tourism with regard to respect for the environment, cultural protection, social responsibility, economic development and the impact of tourism. It is the first entire destination in the world to receive the award – previously it had only been given to specific cities areas or cities.

Despite its package-tour image, there are only a handful of resorts on Lanzarote and not that many big hotels at all – there is a lot more low-rise, self-catering accommodation. Thanks to the campaigning of the visionary artist César Manrique in the 1970s, strict building regulations were introduced and the island was largely spared uncontrolled development.

The island’s authorities realise that there is still a long way to go but hope that this recognition will help promote Lanzarote as a destination associated with responsible tourism and ecofriendly values rather than cheap package holidays.