Sometime after midnight, on the night of a full moon, I was in a tiny hamlet near Lugo in the heart of Galicia, going into a little church by torchlight. I entered a rectangular space with what looked like a pool in the middle. Pointing the beam of the torch upwards, I saw that the barrel-vaulted ceiling was painted with exotic birds. I was in Santa Eulalia de Bóveda, which is believed to be a temple from the end of the fourth century. What was it used for? The decoration is thought to refer to Cybele, the goddess of the earth and fertility, so it is likely initiation rituals of some sort took place there, particularly as the water in the pool was from a spring.

Natural springs are an important part of Galician culture – as are pagan rituals and a lot of other things you perhaps wouldn’t immediately associate with Spain; Galicia can often feel a different country altogether. Although I have been there numerous times and have travelled around the region quite a bit, on a recent trip with Tesouros de Galicia – Treasures of Galicia – I went to lots of places I hadn’t visited before, or had even heard of come to that. Run by a passionate group of people, this is a new non-profitmaking organisation which aims to protect and preserve Galicia’s heritage and promote the region to the rest of Spain and abroad. Javier Rodríguez-Losada Boedo, the chairman, and his team have quite a job on their hands.

I was there with a group of people from the National Trust and the International National Trusts Organisation, of which Tesouros de Galicia is already a member. As we travelled around the region, we talked about setting up conservation projects, working holidays and volunteer schemes. These ideas, and many more, were inspired by staying at thermal spas, strolling around historic gardens and visiting World Heritage sites, including the cathedral of Santiago de Compostela and the Torre de Hércules lighthouse in A Coruña. We went to a lot of little-known places too, such as the Fontao wolfram mine, which is being turned into a museum, and an exquisite Romanesque church in the little village of Ventosa, deep in the interior of the region.

Over the next few months, I will be writing more posts about these experiences and the many other places that Tesouros de Galicia hopes to rescue from obscurity.  I will also be reporting on how Tesouros de Galicia is developing and how people will be able to get involved in its projects. 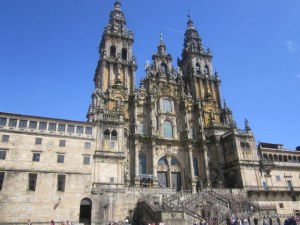 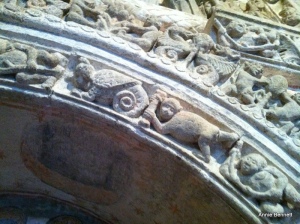 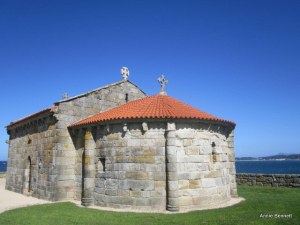 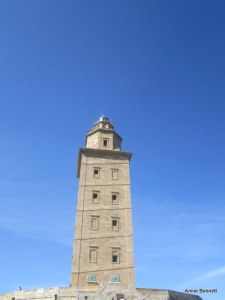 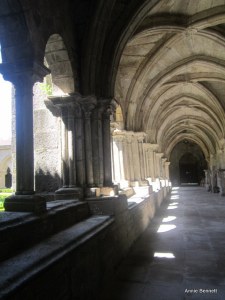