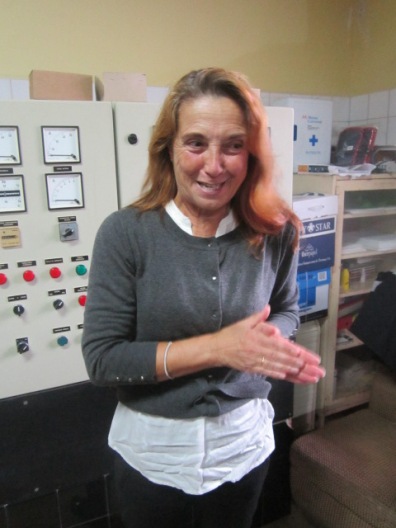 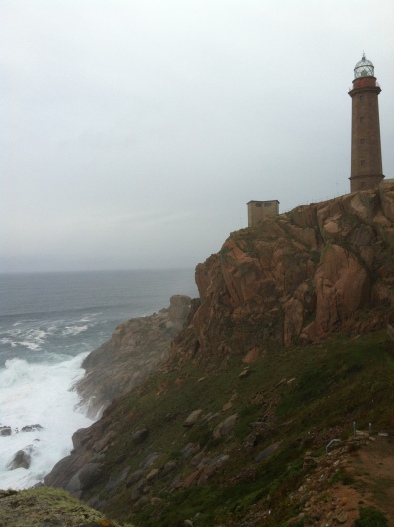 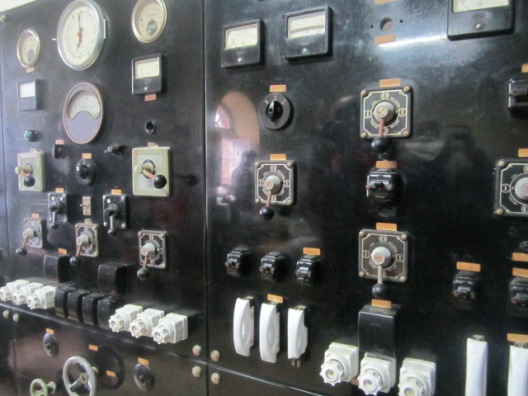 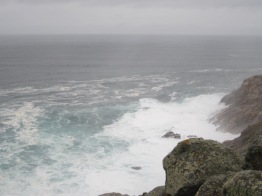 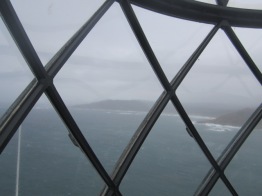 “They asked me if I was aware that I was a woman. What would happen if I got pregnant? I just replied that it wouldn’t be a problem.”

Cristina Fernández Pasantes has been the farera – lighthouse keeper – at Cabo Vilán in the Camariñas area of A Coruña province in Galicia in northwestern Spain for four decades. Over a cup of coffee and a biscuit of two in the control room, she was telling me how this came about, remembering the incredulous attitude of officials in Madrid when she decided to study for the qualifications required to achieve her aim.

“It was very difficult for me, as a woman, in a man’s world of electrical and electronic things, which I hadn’t been taught in school. It was all totally new to me, but I am really stubborn and when I put my mind to something, I am very determined. I  worked harder than anyone else to achieve it.”

I was wondering what on earth made Cristina want to become a lighthouse keeper in the first place.

“I began working in local government, for the marine authorities, at the age of 14, but carried on with my education. Then I started going out with this boy whose father was the keeper here; in fact, he was actually born in the lighthouse. We decided we wanted to become lighthouse keepers too, and in 1972, when we were both 21, we went to Madrid for a year to take the official course. I had to ask my parents for permission. My dad said, ‘Have you gone absolutely mad? Leaving your job? With your boyfriend? No way!’ “

So how did you persuade him?

“I pleaded with my mother, but the clincher was that my boyfriend  asked me to marry him. We passed the exams, then were apart for most of the next six months while we gained experience at lighthouses around Spain.”

The Vilán lighthouse stands on a bleak, beautiful, rocky headland near the fishing village of Camariñas (the name covers the surrounding area as well). It dates back to 1896 – replacing an earlier structure – and was the first one with electric light in Spain. It was built after the British ship, HMS Serpent, was wrecked on rocks off the coast here in 1890, with the loss of 172 lives – only three sailors survived. For countries with colonies in Africa or America, this was a regular shipping route but lots of ships sank in the often treacherous waters of the Atlantic and there were increasing demands for better signalling along the coast. It was after the Serpent disaster, in fact, that the stretch was dubbed the Coast of Death, which later became the official name in Spanish as the Costa de la Muerte and in Galician as the Costa da Morte. More recently, in 2002, the Prestige tanker sank off the coast, causing an oil spill that devastated the area.

Cristina told me about bringing up her family in the lighthouse.

“My three children grew up here, so the life of the lighthouse keeper is just normal for them. Whenever they went down to the village – the girls used to go to learn lacemaking – they would ask when we were on duty as they knew we had to be here to turn the light on. We were three families living here, each with our own quarters. Of course, all the kids played together and we were a tightknit community.”

And did the children help out too?

“Everyone did their bit in a storm. You had to run up the 250 steps all the  time to close a window or fix something. They would start shouting when they saw the fog rolling in and put on the foghorn. They knew how to turn the siren on too in an emergency. My kids grew up knowing everything that had to be done and it was just instinct for them.” 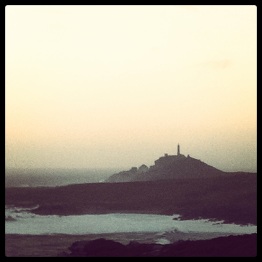 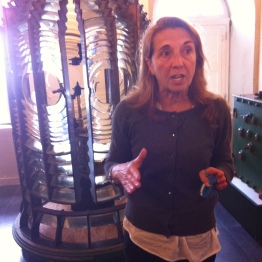 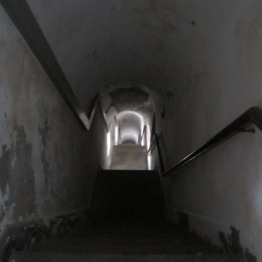 Cristina said that the tunnel of steps leading up the rocks to the lighthouse used to be open to the elements. It must have been pretty breezy, that’s all I can say. She told me that the previous keeper had to actually go up the tower when he was on duty, rather than be in the control room at the base. It is difficult to imagine what it must be like to live in this remote spot but for Cristina it is the most natural thing in the world.

“After my husband died, we had the option to go and live in the village but my daughter and I stayed and we are very comfortable. Actually, we did try staying in the village overnight once, to see if we could move there, but we came straight back here – at one o’clock in the morning! This is where I feel the essence of my husband, this is where my memories are.”

A few years have gone by since then, however, and Cristina will soon be retiring as the lighthouse keeper, but will still be involved with the museum and the association that she has created at Cabo Vilán. These days, lots of schoolchildren and tourists visit to learn about lighthouses, shipwrecks and marine life. While members of the public are not usually allowed to climb the steps up to the lantern, everyone can visit the information centre, where there is also a café.

Cristina explained that when they came to the lighthouse, her husband decided not to throw any instruments away when something was replaced.

“He wanted to keep all the bits and pieces, just in case they might come in useful for something, but it turned into quite a collection. This is his legacy, which the children – now grown up of course – and I have decided to carry on. I am gradually extending the displays and the library.”

I climbed the steps up to the lantern with Cristina and we gazed at the waves crashing onto the rocks along the coast. She told me, with sadness in her eyes, that now a lot of lighthouse keepers treat it as just a job, only doing the hours in their contract. “There are fareros like us who live for the lighthouse and then there are the others, who live only from the lighthouse.”.

As I continued my journey up the coast, I was left wondering how many lives have been saved over the years by the dedication and sheer hard work of this extraordinary woman, her husband and her children.

Click for more information about the Vilán lighthouse and Camariñas. I stayed at the Hotel Puerto Arnela by the harbour in Camariñas and flew to A Coruña from London Heathrow with Vueling..