Segovia is already starting to welcome writers and booklovers from all over the world for the Hay Festival, which takes place from September 27 to 30. Although there is always a lot going on there culturally, for these few days the atmosphere is particularly magical, with a packed programme of events – in Spanish and English – in churches, monasteries, palaces and gardens. Some of these places are not usually open to the public, which is just one of the things that make Hay Segovia really special.

For anyone who likes reading, language, talking about books, discussing ideas, meeting authors or simply sitting around in pavement cafés, it is a fabulous few days. I’ve just been looking at the line-up and I can see that, like last year, I’m going to be scuttling up and down the narrow streets trying to get to as many things as possible.

Philippa Gregory is talking to the Guardian’s Spain correspondent Giles Tremlett about her latest novel The Red Queen, and Antony Beevor is presenting his book The Second World War. The great hispanist Ian Gibson will be talking about La Berlina de Prim (Prim’s Carriage). I’m also really looking forward to seeing the designer, inventor and all round genius Thomas Heatherwick, who came up with the amazing cauldron for the Olympic flame, who will be interviewed by Martha Thorne, the executive director of the Pritzker Architecture Award.

Festival venues include the church of San Juan de los Caballeros, which has Visigothic origins; the Romanesque San Nicolás church; the 15th-century Palacio de Quintanar; the 16th-century Alhóndiga grain store, and Santa Cruz La Real, a monastery that dates back to the 13th century and is now part of the Universidad del Instituto de la Empresa. My favourite place last year was the Romeral de San Marcos, a private garden which I had no idea existed, and I can’t wait to make more discoveries this year.

Read about last year’s festival and how Hay originally came to Segovia here and more on Segovia here. 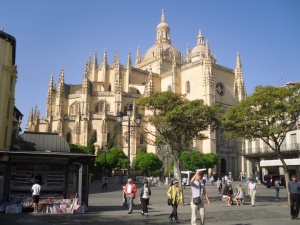 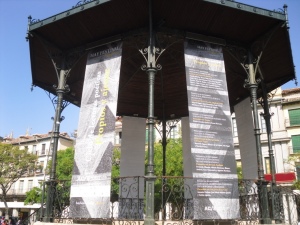